In this article, we’re going to set up SonarQube for an Android project. At DISQO, we are working on a multi-module, multi-flavor 100% Kotlin Android app. I’ve spent a good amount of time writing just a couple dozen lines of code because:

Let’s start with JaCoCo before we set up SonarQube.

We’ll first setup JaCoCo, a tool that will helps us generate coverage reports for the code base. Reports generated will contain detailed information about the classes and paths covered by tests. In the top-most build.gradle file, add JaCoCo to classpath.

Inside the project, create a jacoco.gradle file with content from this gist.

SonarQube must be run locally or on a remote machine. To learn to do this, refer to SonarQube’s instructions. Once you have SonarQube running, add the following classpath in the root build.gradle file.

Inside the project, create a sonar.gradle file with the following content.

Then apply the newly created sonar.gradle to the project. Add the following line inside root build.gradle.

Add the SonarQube plugin to all sub-projects using the subprojects DSL inside the top-most build.gradle file.

As a result, root the build.gradle file should be similar to the following.

If your project is set up correctly, it should look like the following. 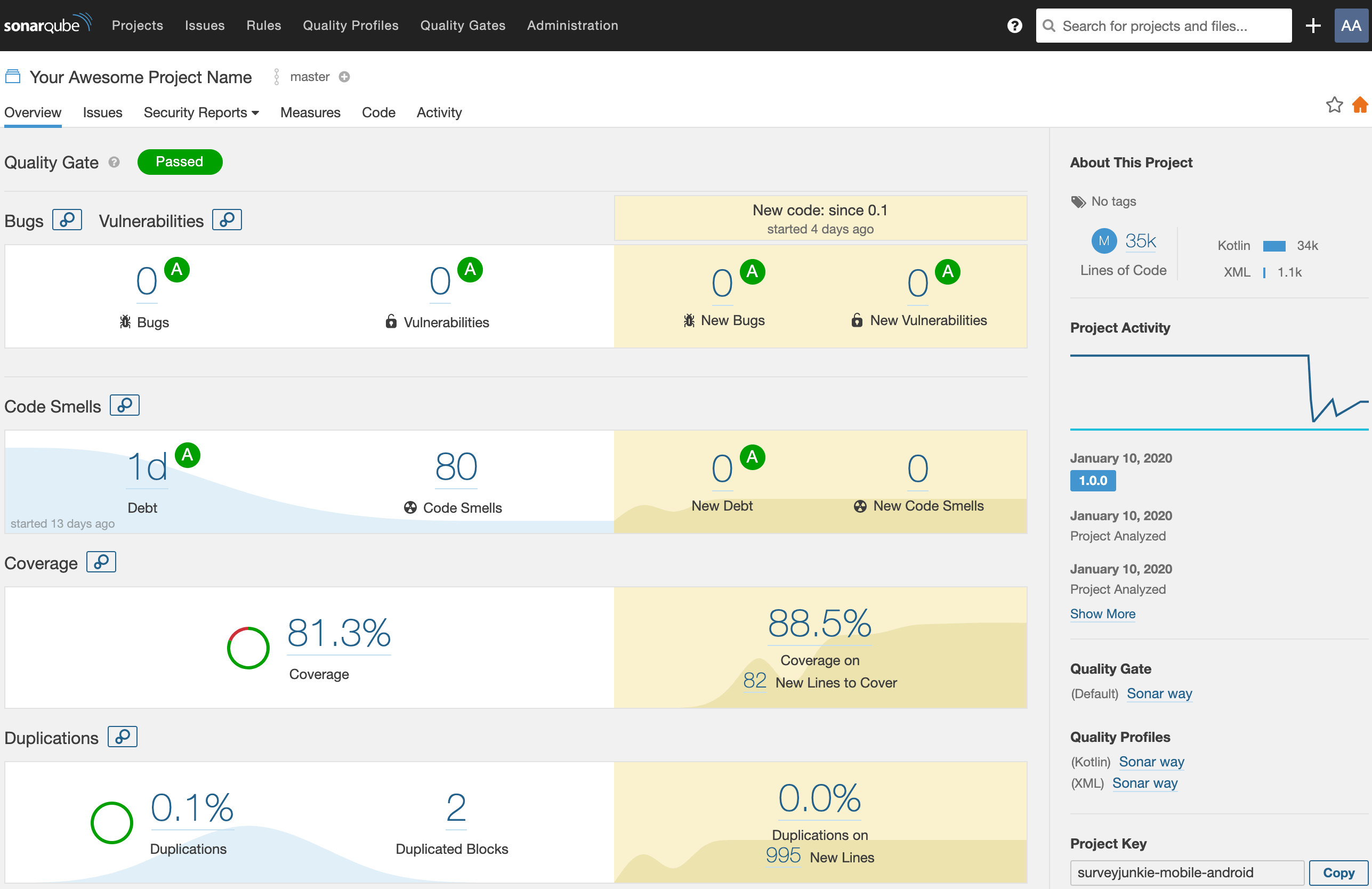 If building powerful Android applications on a modern tech stack sounds like a dream job to you, check us out at DISQO. We are hiring!

Andranik Azizbekian is a Senior Software Engineer at DISQO, and originally published this article on Medium.